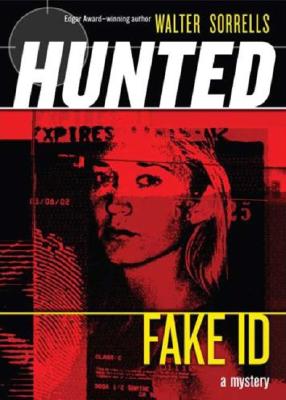 By Walter Sorrells
$11.19
Not Available

This is book number 1 in the Hunted series.

Sixteen-year-old Chastity and her mother have been on the run since Chass was a baby, assuming new identities in every town. She doesn't know why they are running, who her father is, or even her real name. But then on the night of Chass's sixteenth birthday, her mother disappears. The cops find her abandoned car, blood matching her DNA, and a purse containing six ID cards. Chass can't believe her mother is dead; she knows that her mom just had to go on the run again, this time to protect Chass. Chastity has only six days to find her mother before she's put into foster care—but someone else is looking for Chass. Someone deadly.

Walter Sorrells is an award-winning author of mystery and suspense novels for adults and teens. He has written many novels, including Fake I.D., named one of the ten Best Mysteries by Booklist magazine in 2005, and several novels based-on the television series Flight 29 Down.  He also writes under the pseudonyms Lynn Abercrombie and Ruth Birmingham. His novel Fulton County Blues, as Ruth Birmingham, won the 2000 Edgar Allan Poe Award for Best Paperback Original. He graduated from Haverford College in 1985, where he majored in History, and now lives in Atlanta, Georgia.