Horror In The East: Japan And The Atrocities Of World War 2 (Hardcover) 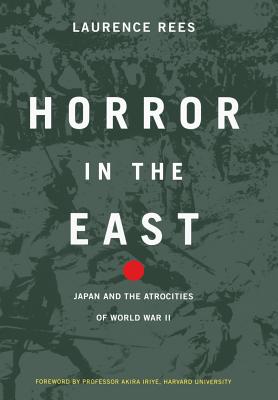 The question is as searing as it is fundamental to the continuing debate over Japanese culpability in World War II and the period leading up to it: "How could Japanese soldiers have committed such acts of violence against Allied prisoners of war and Chinese civilians?" During the First World War, the Japanese fought on the side of the Allies and treated German POWs with respect and civility. In the years that followed, under Emperor Hirohito, conformity was the norm and the Japanese psyche became one of selfless devotion to country and emperor; soon Japanese soldiers were to engage in mass murder, rape, and even cannibalization of their enemies. Horror in the East examines how this drastic change came about. On the basis of never-before-published interviews with both the victimizers and the victimized, and drawing on never-before-revealed or long-ignored archival records, Rees discloses the full horror of the war in the Pacific, probing the supposed Japanese belief in their own racial superiority, analyzing a military that believed suicide to be more honorable than surrender, and providing what the Guardian calls "a powerful, harrowing account of appalling inhumanity...impeccably researched."

Laurence Rees is an award-winning historian and documentary film maker, and author of Auschwitz, and Holocaust, both published by PublicAffairs. He lives in London.