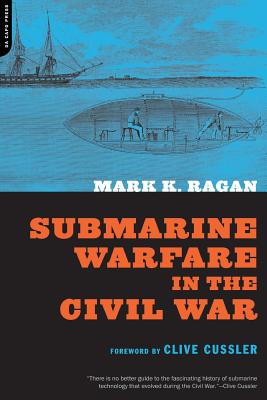 Many people have heard of the Hunley, the experimental Confederate submarine that sank the USS Housatonic in a daring nighttime operation. Less well known, however, is that the Hunley was not alone under the waters of America during the Civil War. Both the Union and Confederacy built a wide and incredible array of vessels that could maneuver underwater, and many were put to use patrolling enemy waters. In Submarine Warfare in the Civil War, Mark Ragan, who spent years mining factory records and log books, brings this little-known history to the surface.The hardcover edition, Union and Confederate Submarine Warfare in the Civil War, was published to wide acclaim in 1999. For this new paperback edition, Ragan has revised and updated the text to include the full story of the Hunley's recovery and restoration.

Mark K. Ragan is the author of The Hunley: Submarines, Sacrifice, and Success in the Civil War and was a consultant on the TNT movie Hunley. He owns and operates a two-man submarine and lives and works in Maryland.