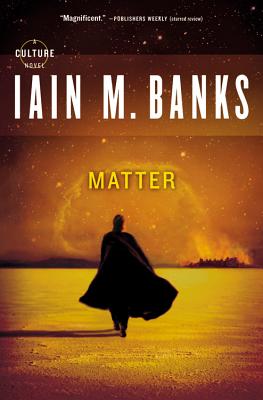 A novel of dazzling wit and serious purpose. An extraordinary feat of storytelling and breathtaking invention on a grand scale, it is a tour de force from a writer who has turned science fiction on its head.

"Unexpectedly savage, emotionally powerful, and impossible to forget." —The Times

In a world renowned even within a galaxy full of wonders, a crime within a war. For one brother it means a desperate flight, and a search for the one — maybe two — people who could clear his name. For his brother it means a life lived under constant threat of treachery and murder. And for their sister, even without knowing the full truth, it means returning to a place she'd thought abandoned forever.

Only the sister is not what she once was; Djan Seriy Anaplian has changed almost beyond recognition to become an agent of the Culture's Special Circumstances section, charged with high-level interference in civilizations throughout the greater galaxy.

Concealing her new identity — and her particular set of abilities — might be a dangerous strategy, however. In the world to which Anaplian returns, nothing is quite as it seems; and determining the appropriate level of interference in someone else's war is never a simple matter.

"Banks writes space opera on the grand scale: he measures time in eons, space in lightyears, tragedies in gigadeaths."—Time

"This tale of intricate politics and interstellar warfare ably demonstrates that Banks is still at the height of his powers."—Publishers Weekly