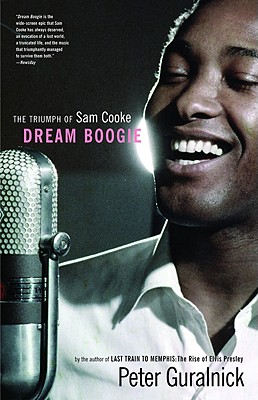 From the acclaimed author of Last Train to Memphis, this is the definitive biography of Sam Cooke, one of most influential singers and songwriters of all time.

Sam Cooke was among the first to blend gospel music and secular themes -- the early foundation of soul music. He was the opposite of Elvis: a black performer who appealed to white audiences, who wrote his own songs, who controlled his own business destiny.

No biography has previously been written that fully captures Sam Cooke's accomplishments, the importance of his contribution to American music, the drama that accompanied his rise in the early days of the civil rights movement, and the mystery that surrounds his death. Bestselling author Peter Guralnick tells this moving and significant story, from Cooke's childhood as a choirboy to an adulthood when he was anything but.

With appearances by Martin Luther King Jr., Malcolm X, James Brown, Harry Belafonte, Aretha Franklin, Fidel Castro, The Beatles, Sonny and Cher, Bob Dylan, and other central figures of this explosive era, Dream Boogie is a compelling depiction of one man striving to achieve his vision despite all obstacles -- and an epic portrait of America during the turbulent and hopeful 1950s and 1960s. The triumph of the book is the vividness with which Peter Guralnick conveys the astonishing richness of the black America of this era -- the drama, force, and feeling of the story.

Peter Guralnick's books include the prize-winning two-volume biography of Elvis Presley, Last Train to Memphis and Careless Love. He is a recent inductee in the Blues Hall of Fame. Other books include an acclaimed trilogy on American roots music, Sweet Soul Music, Lost Highway, and Feel Like Going Home; the biographical inquiry Searching for Robert Johnson; the novel, Nighthawk Blues, and Dream Boogie: The Triumph of Sam Cooke. His most recent book is Sam Phillips: The Man Who Invented Rock 'n' Roll.