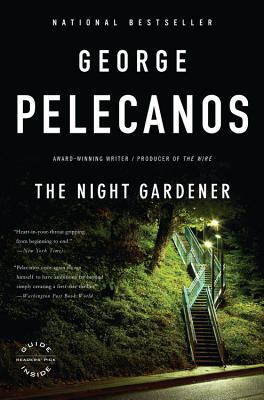 Gus Ramone is "good police," a former Internal Affairs investigator now working homicide for the city's Violent Crime branch. His new case involves the death of a local teenager named Asa whose body has been found in a local community garden. The murder unearths intense memories of a case Ramone worked as a patrol cop twenty years earlier, when he and his partner, Dan "Doc" Holiday, assisted a legendary detective named T. C. Cook.

The series of murders, all involving local teenage victims, was never solved. In the years since, Holiday has left the force under a cloud of morals charges, and now finds work as a bodyguard and driver. Cook has retired, but he has never stopped agonizing about the "Night Gardener" killings.The new case draws the three men together on a grim mission to finish the work that has haunted them for years. All the love, regret, and anger that once burned between them comes rushing back, and old ghosts walk once more as the men try to lay to rest the monster who has stalked their dreams.

Bigger and even more unstoppable than his previous thrillers, George Pelecanos achieves in The Night Gardener what his brilliant career has been building toward: a novel that is a perfect union of suspense, character, and unstoppable fate.

PRAISE FOR THE NIGHT GARDENER:

"Like Drama City it is heart-in-your-throat gripping from beginning to end, The Night Gardener is another of Mr. Pelecanos's beautifully delineated moral tales, filled with gut-wrenching turns of fate and razor-sharp, boisterously vivid characters."—Janet Maslin, New York Times

"The Night Gardener can be read as a police procedural hipper but just as good as those of the late, great Ed McBain. But it is also a wise, textured examination of life in urban America, as sophisticated as the best work of Richard Price....[Pelecanos's] last book, Drama City, is a masterpiece of American crime fiction; The Night Gardener is even better."—Associated Press

"Mr. Pelecanos...is part of a fraternity of writers, including Dennis Lehane and Richard Price, who push the boundaries of crime writing into literary territory, exploring character more deeply than many crime novelists dare, introducing challenging social themes and bucking expectations that everything will come out all right in the end."—Motoko Rich, New York Times