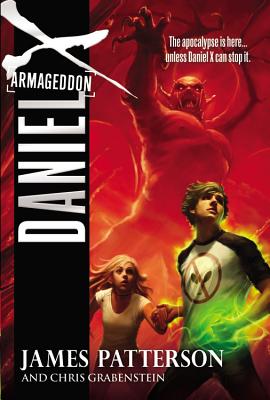 By James Patterson, Chris Grabenstein (With)
$29.40

This is book number 5 in the Daniel X series.

In the fifth action-packed installment of James Patterson's adventure series, Daniel X is ready to face his bitter enemy: the most powerful alien in the universe.
In the fifth installment of James Patterson's action-packed Daniel X series, Daniel must now face an alien whose origins appear nearer to the depths of Hell than the outer reaches of the galaxy. Number Two on the List of Alien Outlaws is an unstoppable criminal that's slowly been amassing an underground army of disgusting, disgruntled, and dangerous aliens to help him enslave Earth's population. And it's all in preparation for the arrival of Number One, the most powerful alien in the universe and Daniel's arch-nemesis.
To Daniel's horror, thousands of humans defect to the alien's side, making the odds of success that much more impossible. But for the first time in his life, Daniel isn't alone in his fight. He's connected with several military and intelligence groups-including the daughter of a prominent FBI agent-and he's ready to lead the ultimate showdown against the evil that has plagued planet Earth for so long. Be prepared for a truly epic battle that evokes the ancient prophecies of Armageddon!

James Patterson is the world's bestselling author. The creator of Maximum Ride and Crazy House, he has donated more than one million books to students and soldiers, as well as millions of dollars to independent bookstores and school libraries. He lives in Florida with his family.