The Sweet Forever: A Novel (Paperback) 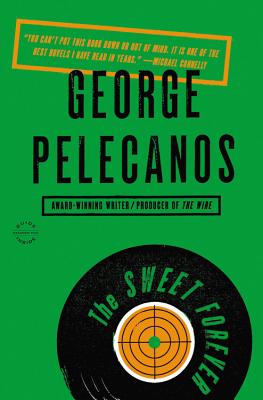 By George Pelecanos
$16.80
Not Available

A bold, brilliant tale of mystery, revenge, and survival in the 1980s, when cocaine and money ruled the city streets and even the good guys wanted a piece of the action. It's March madness and the college boys are playing basketball on TV. But on the streets of D.C., the homeboys are dealing, dissing, dying. From behind plate glass, with an 80s backbeat pounding in his brain, Marcus Clay watches it all happen, and prays that he can make a go with his downtown record store. Then a car comes careening down U Street, and what Marcus sees next will plunge him into the middle of a war.

A drug runner is decapitated in the crash. A bystander--a white boy desperate to buy a woman's love--snatches a bag of cash from the wreck, and a prince of crime wants it back. For Marcus's buddy, Dimitri Karras, the mayhem is a chance to make a score. For a pair of dirty cops it's a chance to get free. And for dozens of lives swept up into the maelstrom, it's just another springtime in America's capital, where the game is played for keeps.

George Pelecanos is the author of several highly praised and bestselling novels, including The Cut, What It Was, The Way Home, The Turnaround, and The Night Gardener. He is also an independent-film producer, an essayist, and the recipient of numerous international writing awards. He was a producer and Emmy-nominated writer for The Wire and currently writes for the acclaimed HBO series Treme. He lives in Maryland.