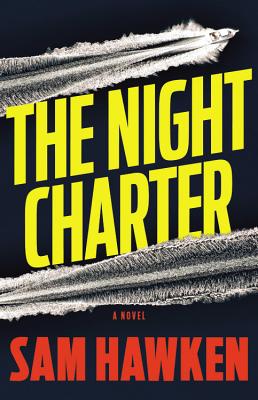 Exactly one year ago, Camaro Espinoza killed five bad men in New York City and fled town. Now she's keeping a low profile in Miami, running night charter catch-and-release fishing trips off the coast. It's a simple life for a former combat medic. But it wasn't easy to come by. Camaro plans to do everything she can to hold onto it.

Trouble comes knocking in the form of Parker Story, a man in over his head with all the wrong people. Parker wants to book Camaro's boat to run a small errand off the coast of Cuba. Camaro knows she shouldn't get involved. But Parker's got a teenaged daughter named Lauren, and Parker's associates have threatened to harm her if the mission doesn't go off without a hitch. Camaro has never met the girl. Barely seen her picture. But that doesn't mean she can ignore her plight.

Camaro's used to being wanted -- by men good and bad, by soldiers wounded on the field of battle, by the long arm of the law. But she's never been needed before. Not the way Lauren needs her. Joining forces with Parker, Camaro soon finds herself in the midst of double crosses, international intrigue, broken promises and scattered bullets. Even a skilled warrior like herself may not be able to escape unscathed.

Sam Hawken was born in Texas and currently lives outside Baltimore with his wife and son.

"[Camaro] comes across in style as a female Jack Reacher . . . A winner for a wide crime fiction audience."—Jack Batten, Toronto Star

"Sam Hawken may have struck crime series gold with this gritty thriller. . . . Hawken has crafted a fascinating character in Espinoza, a kick-ass heroine with depth. Staccato chapters and page-turning action may evoke the likes of James Patterson or Lee Child, but Hawken also layers in plenty of fine characterization as well as a nice touch for dialogue, the sweltering Florida setting, and the complex history of Cuba and its relationship with the United States, too. A great read. . . . The Night Charter shows his heroine has got the freshness, charisma, and layers to backbone not just one great novel, but an ongoing series."—Mystery Scene

"The Night Charter is a heck of a book by a fine writer. Camaro Espinoza is a captivating heroine, whether shooting it out with the bad guys or standing, unflinching, in the face of the law. Drawn into this saga by a strong moral code and her own dark past, Camaro is impossible not to root for, and Sam Hawken's deft, assured prose keeps the pages turning--and your heart pounding--all the way to The Night Charter's adrenaline-soaked finale."—Owen Laukkanen%2C author of The Professionals and The Stolen Ones

"The Night Charter caught me completely by surprise. In precise, neon-soaked prose, Sam Hawken launches a promising new series headed for the high seas of John D. MacDonald and the relentlessness of Lee Child. Camaro herself is a wonderful creation, an uncompromising heroine whose adventures many readers, including this one, will look forward to for many books to come."—David Morrell, bestselling author of Inspector of the Dead and Murder as a Fine Art

"A fast-moving story with lots of action, some interesting twists, and the deadliest female protagonist since Jon Land's Caitlin Strong and Stieg Larsson's Lisbeth Salander."—Booklist

"Camaro Espinoza [is] and intense and capable heroine [with] an ironclad sense of justice. Hawken delivers a potent climax that winds its way through an unremitting firefight to a satisfying conclusion."—Publishers Weekly

"Sign on for The Night Charter, Sam Hawken's hot new thriller captained by Camaro Espinoza, a protagonist that'll light up the literary seascape unlike anything before."—Craig Johnson%2C bestselling author of the Walt Longmire mysteries%2C the basis for Netflix's Longmire

"A beautiful former combat medic takes on Miami's bad guys in Hawken's tale of honor, betrayal, and international intrigue.... Camaro is a worthy protagonist, someone who will resonate with readers over many volumes."—Kirkus

"The Night Charter is a terrific thriller. Riding her Harley and settling scores, Camaro Espinoza takes us on a gritty, fast-paced adventure. Sam Hawken has produced a great riff on the lone wolf hero, a kind of female Jack Reacher."—Matthew Quirk, bestselling author of The 500 and The Directive