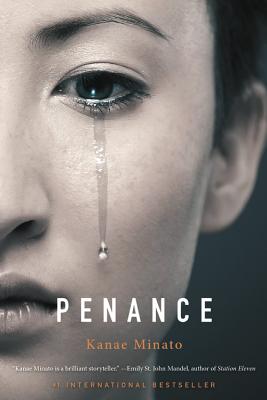 A chilling Japanese psychological thriller and Edgar Award finalist about four women, forever connected by one horrible day in their childhood -- fifteen years later, someone wants to make sure they never forget.

When they were girls, Sae, Maki, Akiko and Yuko were tricked into leaving their friend Emily with a mysterious stranger. Then the unthinkable occurred: Emily was found murdered hours later.

The four friends were never able to describe the stranger to the police; the killer's trail went cold. Asako, the bereaved mother, curses the surviving girls, vowing that they will be the ones to pay for her daughter's murder . . .

Like Confessions, Kanae Minato's award-winning, internationally bestselling debut, Penance is a dark tale of revenge and psychological drama that will leave readers breathless.

"With echoes of fairy tales and a Rashomon-like narrative structure, Minato's Penance is as ethereal and literary as it is a sharp, tight crime novel."—Literary Hub

"[A] suspenseful psychological melodrama. . . . Filled with strange entwinings of chance and effect, free will and manipulation, the mundane and the bizarre."—The Wall Street Journal

"Minato writes character driven mystery/crime novels that take deep dives into people's psychology--especially girls and women--with an unflinching look at the dark side of humans. I will read any novel she writes."
—BookRiot