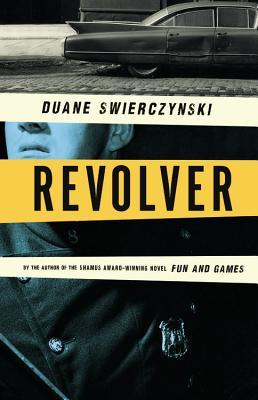 By Duane Swierczynski
$29.12
Not Available

Philadelphia, 1965: Two street cops -- one black, one white -- are gunned down in a corner bar. One of the fallen officers, Stan Walczak, leaves behind a 12-year-old boy, Jimmy.

Philadelphia, 2015: Jim's daughter Audrey, a forensic science student, re-opens her grandfather's murder for a research paper. But as Audrey digs deeper, she comes to realize that Stanton probably didn't pull the trigger -- and her father may have made a horrible mistake...

Duane Swierczynski is the Edgar-nominated author of nine novels including Canary, Severance Package, and the Shamus Award-winning Charlie Hardie series (Fun and Games, Hell and Gone, Point and Shoot). He's written over 250 comics for Marvel, DC, Dark Horse, Valiant and IDW, including The Black Hood, the first comic for Archie's Dark Circle imprint. Swierczynski has also collaborated with CSI creator Anthony E. Zuiker on the bestselling Level 26 series. He lives in Burbank with his wife and children.

"This is the first novel I've read by [Duane Swierczynski] and as soon as I finished it I went back and read three more by him. . . . Fast-moving . . . This book illuminates race relations in the '60s in Philadelphia and in the country at large."—Nancy Pearl, NPR

"Swierczynski just gets better and better . . . [A] bleak, powerful tale of corruption and the lasting effects of crime . . . Swierczynski's riskiest move yet [is] a resounding success, with each story line featuring full-blooded characters and intrigue that works both in its own right and in the larger context."—Booklist (starred review)

"Ambitious... This novel is dotted with fine details."—Kirkus Reviews

"Epic in scope... [and] keep[s] the reader ripping through pages. Revolver may very well be Swierczynski's strongest novel to date--and one of my favorites of 2016, so far--at least until he releases the next one."—LitReactor.com

"Though the multigenerational saga encompasses many decades, reaching all the way back to 1933, Swierczynski's snappy dialogue, athletic pacing and cliffhanger chapter endings make this a tight read. It contains the author's characteristic sense of humor but is also affecting with precise prose."—Shelf Awareness

"If you're looking for a good crime novel for your summer, this is a perfect choice... [Revolver is] gritty and gripping!"—BookRiot.com