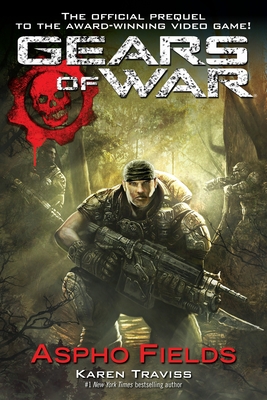 By Karen Traviss
$16.00
Not Available

This is book number 1 in the Gears of War series.

A New York Times bestseller! In the first of three official tie-in novels to the hugely successful videogame from Microsoft and Epic Games, the last human survivors of a vicious alien attack fight a pivotal battle for the fate of mankind.

As kids, the three of them were inseparable; as soldiers, they would be torn apart. Marcus Fenix and Dominic Santiago fought alongside Dom’s elder brother Carlos at Aspho Fields in the epic battle that changed the course of the Pendulum Wars. There’s a new war to fight now, a war for mankind’s very survival. But while the last human stronghold on Sera braces itself for another onslaught from the Locust Horde, ghosts come back to haunt Marcus and Dom. For Marcus—decorated war hero, convicted traitor—the return of an old comrade threatens to dredge up an agonizing secret he’s sworn to keep.

As the beleaguered Gears of the Coalition of Ordered Governments take a last stand to save mankind from extermination, the harrowing decisions made at Aspho Fields have to be relived and made again. Marcus and Dom can take anything the Locust Horde throws at them—but will their friendship survive the truth about Carlos Santiago?

Karen Traviss is a science fiction author and full-time novelist from Wiltshire, England. Originally from the Portsmouth area, Traviss is a graduate of the Clarion science fiction and fantasy workshop. Her first published novels include City of Pearl and its five sequels: Crossing the Line, The World Before, Matriarch, Ally, and Judge.