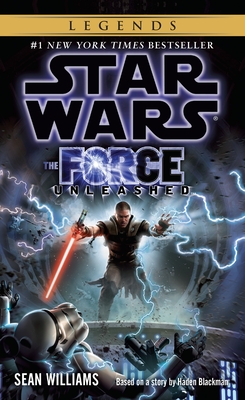 “The Sith always betray one another. . . . I’m sure you’ll learn that soon enough.”

The overthrow of the Republic is complete. Absolute power now rests in the iron fist of Darth Sidious–the cunning Sith Lord better known as Emperor Palpatine. But more remains to be done. Pockets of resistance in the galaxy must still be defeated and missing Jedi accounted for . . . and dealt with. These crucial tasks fall to the Emperor’s ruthless enforcer, Darth Vader, who in turn has groomed a lethal, nameless Sith apprentice to secretly dispatch the last of his masters’ enemies. This acolyte’s journey will take him across the far reaches of the galaxy and test him with shattering revelations that strike at the very heart of all he believes, stirring within him long-forgotten hopes of reclaiming his name . . . and changing his destiny.

New York Times bestselling author Sean Williams was born in the dry flatlands of South Australia. He still lives there with his family, forty years later, and has no plans to move anytime soon. Author of more than sixty published short stories and twenty-nine novels for readers of all ages, he has been published around the world in numerous languages, online, and in spoken-word editions. He is a judge for the Writers of the Future contest, which he won in 1993. He is also a multiple winner of Australia’s speculative fiction awards and recently received both the Ditmar and the Aurealis for The Crooked Letter, marking the first time in the history of the awards that a fantasy novel has won both.