The Dark Heart of Florence (Paperback) 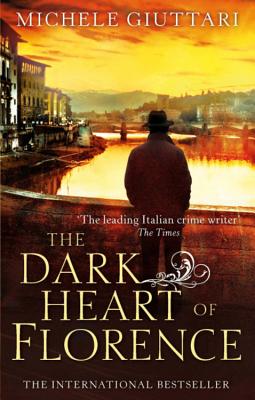 By Michele Giuttari
$16.74
Not Available

This is book number 6 in the Michele Ferrara series.

'It was a night that would be long remembered. The Florence police would come to call it a night of horror, the start of a new nightmare . . .'

After enduring years at the mercy of an infamous serial killer, the people of Florence rejoice at news of his death - until a senator is found brutally murdered.

To Chief Superintendent Michele Ferrara the case is very much alive. But, with a powerful adversary conspiring against him, he is trapped in a spiral of corruption and deadly speculation. As the truth comes to light, Ferrara is left standing face-to-face with something truly rotten at the heart of the city . . .

The Dark Heart of Florence is an evocative, gripping work of detective fiction, and a major bestseller across Europe.

Originally published in Italian as I Sogni Cattivi di Firenze.

'A crime author with impeccable credentials: Giuttari is no less than the former head of the Florence police force, where he was on the case of the notorious serial killer The Monster of Florence. Who better to write about the dark undercurrents beneath the surface of the city?' Booklist

Michele Giuttari is former head of the Florence Police Force (1995-2003), where he was responsible for re-opening the Monster of Florence case and jailing several key Mafia figures. He is now a special advisor to the interior minister in Rome, with a remit to monitor Mafia activity.

Neat plotting, distinctively Italian characters and a good pace—Sunday Telegraph on A Death in Tuscany

The plot is intricately woven, with enough gasp-worthy twists to sustain a reader to the end—Financial Times on Death in Tuscany

When you have a former cop who both knows procedure and can craft a suspenseful mystery with intriguing characters, you have something pretty rare. This is the case with Michele Giuttari—Booklist