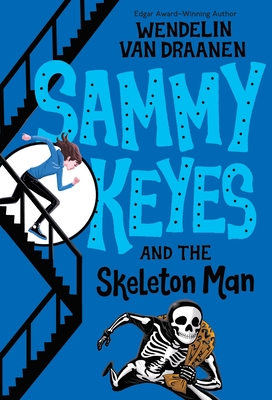 This is book number 2 in the Sammy Keyes series.

This Halloween is more than just tricks and treats--it's deadly serious.

It was supposed to be a simple ding-dong ditch. A dare to give them bragging rights. But as Sammy and her friends sneak up to the spookiest house in town, they get scared witless by a skeleton, and then witness something frightening enough to make even Sammy scream.

Things have taken a scary turn at school, too, with horrible Heather spreading embarrassing rumors about Sammy. Sammy devises a plan to expose her, but it's going to take a deceptive disguise, some good friends, and a lot of guts to pull it off...


Praise for the Sammy Keyes series:

“If Kinsey Millhone ever hires a junior partner, Sammy Keyes will be the first candidate on the list. She’s feisty, fearless, and funny. A top-notch investigator!” —New York Times bestselling author Sue Grafton

“The sleuth delights from start to finish. Keep your binoculars trained on Sammy Keyes.” —Publishers Weekly