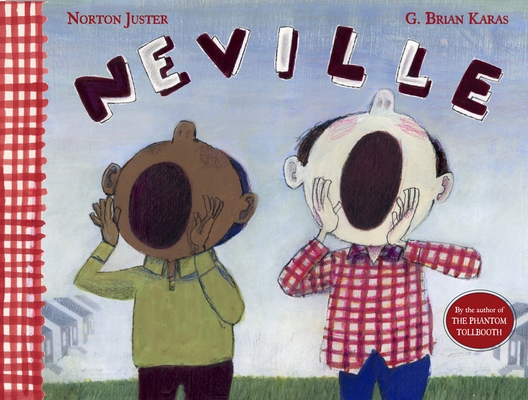 Written by the acclaimed author of The Phantom Tollbooth, this Amazon Best Picture Book of the Year is a simply told story about a boy who moves to a new neighborhood and finds a unique way to make friends. With whimsical illustrations by award-winning illustrator G. Brian Karas, here is a read-aloud that's great for storytime, and is sure to be a hit among fans of Juster, Karas, and anyone who is "the new kid on the block."

“[T]his ingenious foray into breaking into a new neighborhood makes for an amusing and appealing story.” —School Library Journal

NORTON JUSTER is the acclaimed author of the children's novel The Phantom Tollbooth, and the Caldecott-winning picture book, The Hello, Goodbye Window, among others. His book The Dot and the Line was made into an Academy Award winning film. He was also a practicing architect until his retirement.

G. BRIAN KARAS is the prolific, versatile, and award-winning illustrator and writer of many books for children, including Clever Jack Takes the Cake, which received four starred reviews; How Many Seeds in a Pumpkin?; Are You Going to Be Good?, a New York Times Best Illustrated Book; Home on the Bayou, which was the recipient of the Boston Globe-Horn Book Award; and Muncha! Muncha! Muncha! by Candace Fleming. You can visit him at GbrianKaras.com.

Starred Review, School Library Journal, September 2011:
"...this ingenious foray into breaking into a new neighborhood makes for an amusing and appealing story."

Starred Review, Booklist, October 15, 2011:
"The story’s simple charm comes to life in Juster’s well-paced, spare language. Karas’ deft mixed-media sketches carry remarkable weight. A harmonious blend of text and illustration, this is a warm, reassuring choice for all children who know the anxieties that come with big life changes."