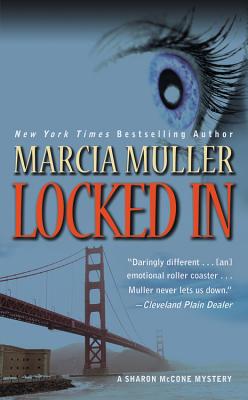 By Marcia Muller
$8.96
Not Available

This is book number 26 in the A Sharon McCone Mystery series.

Shot in the head by an unknown assailant, San Francisco private eye Sharon McCone finds herself trapped by locked-in syndrome: almost total paralysis but an alert, conscious mind. Since the late-night attack occurred at her agency's offices, the natural conclusion was that it was connected to one of the firm's cases. As Sharon lies in her hospital bed, furiously trying to break out of her body's prison and discover her attacker's identity, all the members of her agency fan out to find the reason why she was assaulted. Meanwhile, Sharon becomes a locked-in detective, evaluating the clues from her staff's separate investigations and discovering unsettling truths that could put her life in jeopardy again.

As the case draws to a surprising and even shocking conclusion, Sharon's husband, Hy, must decide whether or not to surrender to his own violent past and exact fatal vengeance when the person responsible is identified.

Marcia Muller has written many novels and short stories. She has won six Anthony Awards, a Shamus Award, and is also the recipient of the Private Eye Writers of America's Lifetime Achievement Award as well as the Mystery Writers of America Grand Master Award (their highest accolade). She lives in northern California with her husband, mystery writer Bill Pronzini.

On LOCKED IN:
"Throughout her many McCone novels, Muller has displayed a knack both for keeping the series fresh and for allowing her character to grow. She accomplishes both goals this time by taking McCone out of the spotlight but giving her fans a chance to root for her to recover. After all these years, Muller's series remains a gold standard for female detective stories."—Kirkus, starred review

"Top-notch mystery and more from one of the genre's Grand Masters."—Library Journal