The Murder of King Tut (Paperback) 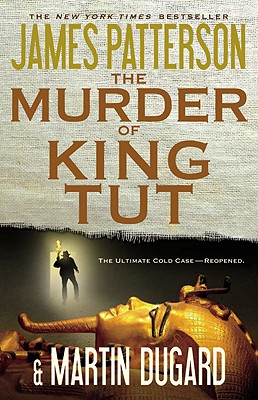 The mystery of King Tut's death in Ancient Egypt has haunted the world for centuries. Discover the ultimate true crime story of passion and betrayal, where the clues point to murder.
Thrust onto Egypt's most powerful throne at the age of nine, King Tut's reign was fiercely debated from the outset. Behind the palace's veil of prosperity, bitter rivalries and jealousy flourished among the Boy King's most trusted advisors, and after only nine years, King Tut suddenly perished, his name purged from Egyptian history. To this day, his death remains shrouded in controversy.
Now, in The Murder of King Tut, James Patterson and Martin Dugard dig through stacks of evidence-X-rays, Carter's files, forensic clues, and stories told through the ages-to arrive at their own account of King Tut's life and death. The result is an exhilarating true crime tale of intrigue, passion, and betrayal that casts fresh light on the oldest mystery of all.

"With the novelist's speculative 'what if . . . ?' and the researcher's historical legwork, using X-rays, forensic clues, and previous period research, Patterson and Dugard try to prove that King Tutankhamen was murdered... The bottom line: The storytelling works..."—Audiofile

"Different from the Alex Cross series and other Patterson novels, this novel crosses the border into fascinating, historical - and true. Patterson's passion wins the reader over early on, and I wanted more when I finished the book."—TheReviewBroads.com

"I was up late, too late, as I couldn't bear to put it down until the end...a top-notch thriller of magnificent proportions!"—MindingSpot.blogspot.com