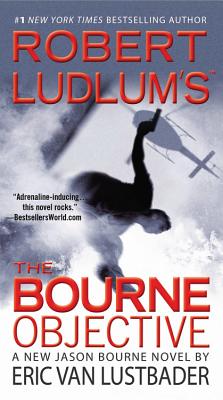 By Eric Van Lustbader
$11.20
Not Available

This is book number 8 in the Jason Bourne Series series.

New York Times bestselling author, Eric Van Lustbader, returns with another Jason Bourne thriller as he spars off against another deadly agent--and he might be the perfect match for Bourne.
Facing down mercenaries in Africa, Jason Bourne witnesses the death of an art dealer named Tracy Atherton. Her killing dredges up snatches of Bourne's impaired memory, in particular the murder of a young woman on Bali who entrusted him with a strangely engraved ring-an artifact of such powerful significance that people have killed to obtain it. Now he's determined to find the ring's owner and purpose. But Bourne never knows what terrible acts he'll discover he committed when he digs into the past.

The trail will lead him through layers of conspiracy to a vicious Russian mercenary, Leonid Arkadin, who was also a graduate of the Central Intelligence training program Treadstone. A covert course designed to create ruthless assassins for C.I., it was shuttered by Congress for corruption. Yet before it was dismantled, it produced Bourne and Arkadin, giving them equal skills, equal force, and equal cunning.

As Bourne's destiny circles closer to Arkadin's, it becomes clear that the eventual collision of these men is not of their own making. Someone else has been watching and manipulating them. Someone who wants to know, Who is the more deadly agent?

Eric Van Lustbader is most widely known as the New York Times bestselling author of twenty international bestselling thrillers including Ninja and Black Heart. He is also the author of two successful and highly regarded series of fantasy novels, The Sunset Warrior Cycle and The Pearl Saga. His novels have been translated into over twenty languages. www.ericvanlustbader.com Robert Ludlum was the author of twenty-seven novels, each one a New York Times bestseller. There are more than 225 million of his books in print, and they have been translated into thirty-two languages. He is the author of The Scarlatti Inheritance, The Chancellor Manuscript, and the Jason Bourne series -- The Bourne Identity, The Bourne Supremacy, and The Bourne Ultimatum -- among others. Mr. Ludlum passed away in March 2001. To learn more, visit www.Robert-Ludlum.com.

"Don't ever begin a Ludlum novel if you have to go to work the next day."—CHICAGO SUN TIMES

"Lustbader is an excellent storyteller and is not afraid to keep the twists and turns coming in this sequel...This is an explosive addition to a series with an unrivaled heritage and storied pedigree."—Bookreporter.com on THE BOURNE BETRAYAL

"Reading a Ludlum novel is like watching a James Bond film...slickly paced...all-consuming."—ENTERTAINMENT WEEKLY