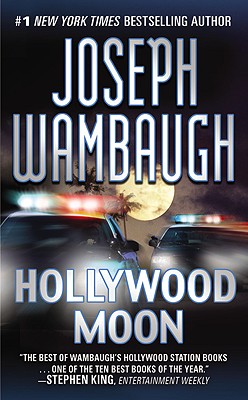 By Joseph Wambaugh
$10.07
Not Available

Bestseller Wambaugh's entertaining third Hollywood Station novel (after Hollywood Crows) provides lots of laughs and gasps from all of your favorite characters.

There's a saying at Hollywood station that the full moon brings out the beast -- rather than the best -- in the precinct's citizens. One moonlit night, LAPD veteran Dana Vaughn and "Hollywood" Nate Weiss, a struggling-actor-turned cop, get a call about a young man who's been attacking women. Meanwhile, two surfer cops known as Flotsam and Jetsam keep bumping into an odd, suspicious duo -- a smooth-talking player in dreads and a crazy-eyed, tattooed biker. No one suspects that all three dubious characters might be involved in something bigger, more high-tech, and much more illegal. After a dizzying series of twists, turns, and chases, the cops will find they've stumbled upon a complex web of crime where even the criminals can't be sure who's conning whom.

Wambaugh once again masterfully gets inside the hearts and minds of the cops whose jobs have them constantly on the brink of danger. By turns heart-wrenching, exhilarating, and laugh-out-loud funny, Hollywood Moon is his most thrilling and deeply affecting ride yet through the singular streets of LA.

Joseph Wambaugh, a former LAPD detective sergeant, is the bestselling author of seventeen prior works of fiction and nonfiction, including The Choirboys and The Onion Field. In 2004, he was named Grand Master by the Mystery Writers of America. He lives in southern California.

"[W]hat other author could present cops, street people, and career criminals with such deadeye credibility? Only Wambaugh, former street cop and sergeant with the LAPD and author of 18 works of fiction and nonfiction... In his latest, his fourteenth novel since the groundbreaking The New Centurions... Crimes escalate and fun abounds."—Booklist

"Full of glimpses into the workings of low-level tech crime, bestseller Wambaugh's entertaining third "Hollywood station" novel (after Hollywood Crows) provides lots of laughs and gasps along with a few tender sighs... Spare and punchy prose fuels descriptions so on target that readers will feel they are riding shotgun, gazing out on Tinseltown's tawdry landscape."—Publishers Weekly