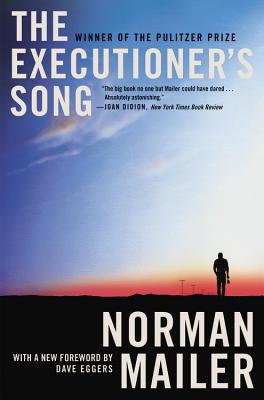 Arguably the greatest book from America's most heroically ambitious writer, The Executioner's Song follows the short, blighted life of Gary Gilmore who became famous after he robbed two men in 1976 and killed them in cold blood. After being tried and convicted, he immediately insisted on being executed for his crime. To do so, he fought a system that seemed intent on keeping him alive long after it had sentenced him to death. And that fight for the right to die is what made him famous.

Mailer tells not only Gilmore's story, but those of the men and women caught in the web of his life and drawn into his procession toward the firing squad. All with implacable authority, steely compassion, and a restraint that evokes the parched landscape and stern theology of Gilmore's Utah. The Executioner's Song is a trip down the wrong side of the tracks to the deepest source of American loneliness and violence. It is a towering achievement-impossible to put down, impossible to forget.

Norman Mailer was born in 1923 in Long Branch, New Jersey, and grew up in Brooklyn, New York. In 1955, he was one of the co-founders of the Village Voice. He is the author of more than thirty books, including The Naked and the Dead; The Armies of the Night, for which he won a National Book Award and the Pulitzer Prize; The Executioner's Song, for which he won his second Pulitzer Prize; Harlot's Ghost; Oswald's Tale; The Gospel According to the Son, The Castle and the Forest and On God. He died in 2007.

Dave Eggers is the award-winning and bestselling author of many books, including the National Book Award finalist A Hologram for the King, as well as books for younger readers including What Can a Citizen Do?, Her Right Foot, This Bridge Will Not Be Gray, and The Lifters. He is the founder of the independent publishing company McSweeney's and the nonprofit organization ScholarMatch, in addition to cofounding The International Congress of Youth Voices and 826 Valencia, which has inspired similar organizations worldwide. Eggers lives in Northern California.