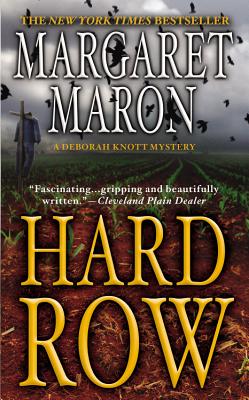 This is book number 13 in the A Deborah Knott Mystery series.

When another body is found, these newlyweds will discover dark truths that threaten to permanently alter the serenity of their rural surroundings and their new life together.

As Judge Deborah Knott presides over a case involving a barroom brawl, it becomes clear that deep resentments over race, class, and illegal immigration are simmering just below the surface in the countryside. An early spring sun has begun to shine like a blessing on the fertile fields of North Carolina, but along with the seeds sprouting in the thawing soil, violence is growing as well. Mutilated body parts have appeared along the back roads of Colleton County, and the search for the victim's identity and for that of his killer will lead Deborah and her new husband, Sheriff's Deputy Dwight Bryant, into the desperate realm of undocumented farm workers exploited for cheap labor.

In the meantime, Deborah and Dwight continue to adjust to married life and to having Dwight's eight-year-old son, Cal, live with them full time.