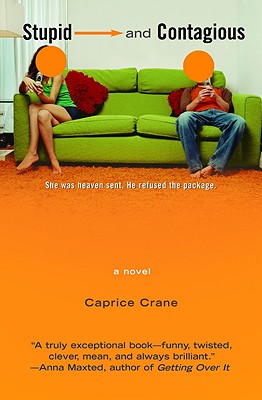 In this hilarious, romantic comedy, two twenty-something neighbors embark on a zany mission to meet the founder of Starbucks, and in doing so, find each other.

Caprice Crane is an award-winning, internationally bestselling, five-time novelist, screenwriter, and television writer, and has the distinction of being one of Huffington Post's "50 Funny People You Should Be Following on Twitter." Her debut novel Stupid and Contagious (published in fourteen countries), and her international bestselling Forget About It won the RT Reviews Choice Award in 2006 and 2007 consecutively. She has since published three more novels to critical acclaim.