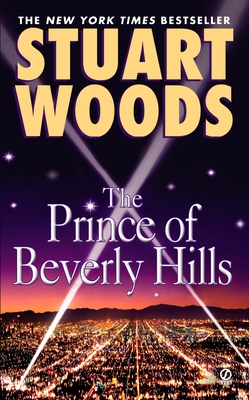 By Stuart Woods
$9.99
Not Available

This is book number 1 in the Rick Barron Novel series.

Los Angeles, 1939. It’s Hollywood’s Golden Age, and Rick Barron is a suave and sharp detective on the Beverly Hills force. After a run-in with his captain, he finds himself demoted, but soon lands a job on the security detail for Centurion Pictures, one of the hottest studios. The white knight of such movie stars as Clete Barrow, the British leading man with a penchant for parties, and Glenna Gleason, a peach of a talent on the verge of superstardom, Rick is dubbed “the Prince of Beverly Hills” by society columnists. But when he unearths a murder cover-up and a blackmail scam, he finds himself up against West Coast wise guys whose stakes are do-or-die...

Stuart Woods is the author of more than eighty-five novels, including the #1 New York Times-bestselling Stone Barrington series. He is a native of Georgia and began his writing career in the advertising industry. Chiefs, his debut in 1981, won the Edgar Award. An avid sailor and pilot, Woods lives in Florida, Maine, and Connecticut.

Praise for The Prince of Beverly Hills

“Woods writes with smooth confidence as famous names add spice to a diverting summer read that simmers but never gets hard-boiled.”—Kirkus Reviews

“A world-class mystery writer...I try to put Woods’s books down and I can’t.”—Houston Chronicle

“Mr. Woods, like his characters, has an appealing way of making things nice and clear.”—The New York Times

“Woods certainly knows how to keep the pages turning.”—Booklist

“Since 1981, readers have not been able to get their fill of Stuart Woods’ New York Times bestselling novels of suspense.”—Orlando Sentinel