Is Bill Cosby Right?: Or Has the Black Middle Class Lost Its Mind? (Paperback) 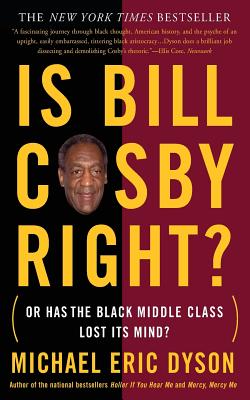 Nothing exposed the class and generational divide in black America more starkly than Bill Cosby's now-infamous assault on the black poor when he received an NAACP award in the spring of 2004. The comedian-cum-social critic lamented the lack of parenting, poor academic performance, sexual promiscuity, and criminal behavior among what he called the "knuckleheads" of the African-American community. Even more surprising than his comments, however, was the fact that his audience laughed and applauded. Best-selling writer, preacher, and scholar Michael Eric Dyson uses the Cosby brouhaha as a window on a growing cultural divide within the African-American community. According to Dyson, the "Afristocracy" -- lawyers, physicians, intellectuals, bankers, civil rights leaders, entertainers, and other professionals -- looks with disdain upon the black poor who make up the "Ghettocracy" -- single mothers on welfare, the married, single, and working poor, the incarcerated, and a battalion of impoverished children. Dyson explains why the black middle class has joined mainstream America to blame the poor for their troubles, rather than tackling the systemic injustices that shape their lives. He exposes the flawed logic of Cosby's diatribe and offers a principled defense of the wrongly maligned black citizens at the bottom of the social totem pole. Displaying the critical prowess that has made him the nation's preeminent spokesman for the hip-hop generation, Dyson challenges us all -- black and white -- to confront the social problems that the civil rights movement failed to solve.

Michael Eric Dyson has been named by Ebony as one of the one hundred most influential black Americans and is the author of fourteen other books. He is University Professor at Georgetown University and lives in Washington, D.C.