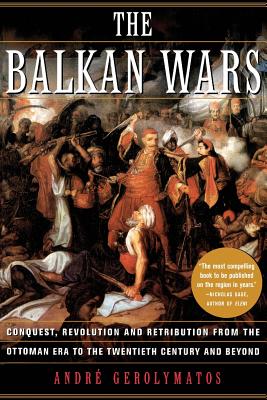 When it comes to the Balkans, most people quickly become lost in the quagmire of struggle and intractable hatred that consumes that ancient land today. Many assume that the genesis of the past ten years of atrocity in the region might have had something to do with Tito and his repressive Yugoslav regime, or perhaps with the assassination of Franz Ferdinand in 1914. The seeds were really planted much, much earlier, on a desolate plain in Kosovo in 1389, when the Serbian Prince Lazar and his army clashed with and were defeated by the Ottoman forces of Sultan Murad I. In this riveting new history of the Balkan peoples, AndrÃ©erolymatos explores how ancient events engendered cultural myths that evolved over time, gaining psychic strength in the collective consciousnesses of Orthodox Christians and Muslims alike. In colorful detail, we meet the key figures that instigated and perpetuated these myths-including the assassin/heroes Milos Obolic and Gavrilo Princip and the warlord Ali Pasha. This lively survey of centuries of strife finally puts the modern conflicts in Bosnia and Kosovo into historical context, and provides a long overdue account of the origins of ethnic hatred and warmongering in this turbulent land.

Andre Gerolymatos holds the chair of Hellenic Studies at Simon Fraser University in British Columbia, Canada. His previous books include Guerrilla Warfare and Espionage in Greece, 1940-1944, Espionage and Treason in Classical Greece, and The Balkan Wars. He lives in Vancouver, British Columbia.