Fierce Enigmas: A History of the United States in South Asia (Hardcover) 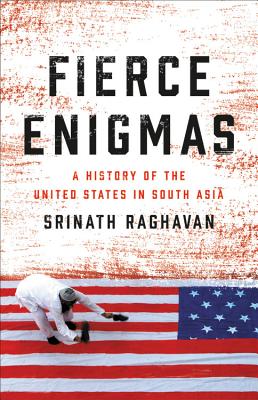 By Srinath Raghavan
$44.80
Not Available

South Asia looms large in American foreign policy. Over the past two decades, we have spent billions of dollars and thousands of human lives in the region, to seemingly little effect. As Srinath Raghavan reveals in Fierce Enigmas, this should not surprise us. For 230 years, America's engagement with India, Afghanistan, and Pakistan has been characterized by short-term thinking and unintended consequences. Beginning with American traders in India in the eighteenth century, the region has become a locus for American efforts -- secular and religious -- to remake the world in its image.

The definitive history of US involvement in South Asia, Fierce Enigmas is also a clarion call to fundamentally rethink our approach to the region.

Srinath Raghavan is a senior fellow at the Centre for Policy Research in New Delhi and a visiting senior research fellow at King's College London. He is the author of three books, including India's War: The Making of Modern South Asia, 1939-1945. He lives in Mumbai.

"Srinath Raghavan's remarkable historical command yields a definitive, unrivalled account of America's long, ambivalent and ultimately transforming relationship with South Asia: a place of danger and treasure, and a strategic prize still to be won."—Sunil Khilnani, author of The Idea of India

"Srinath Raghavan, one of the very best diplomatic and military historians working on modern South Asia, has written an excellent and ambitious book. Sweeping and insightful, Fierce Enigmas shines new light on the United States' troubled engagement with India, Pakistan, and Afghanistan, showing how power, ideology, and culture drove these strategic relationships. Deeply researched and elegantly written, the book is rich with insights on democratic foreign policy, nuclear proliferation and confrontation, Islamist resurgence, and more-shaping the political and social bonds between the last superpower and almost a quarter of humanity."—Gary J. Bass, author of The Blood Telegram

"A treasure trove of information and fresh interpretation...an excellent work of clarification for readers curious about past and present associations between the U.S. and South Asia."—Booklist Online

"Raghavan is to be commended for the rich temporal tapestry he has woven and it is a complex yet rewarding trapeze. His nimble pen points to stimulating linkages."—Financial Express (India)

"Raghavan's mastery has been in bringing together a vast trove of material to write this eminently readable history of the US in South Asia."—Outlook (India)

"It is a wonder that Raghavan has been able to encompass so much history across the expanse of the subcontinent in under 400 pages and few details miss his archive-trained eye."—The Hindu (India)

"IT is a definitive account, and the sheer scope of expanse of coverage sets the book apart from all earlier efforts on US and South Asia."—Indian Express (India)

"Raghavan's broad and detailed swathe of the US-South Asia relationship beautifully brings out this inherent contradiction in the heart of US policy."—The Print (India)

"This is one of the best histories of US engagement with South Asia offering a more nuanced and coherent perspective. Raghavan has burnished his reputation as India's leading contemporary historian and political analyst."—India Today

"Raghavan's treatment is sure footed and his narrative animates the interplay of personalities, interest and power, as US presidencies rub up against Indian and Pakistan leaders."—Open Magazine (India)