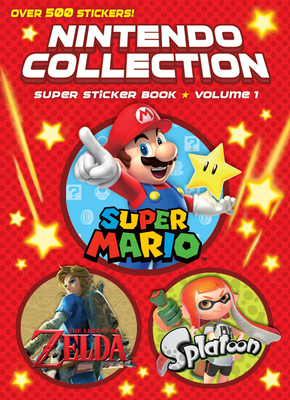 Mario first appeared in 1981 with the arcade classic Donkey Kong(TM) and went on to star in many adventures, evolving into the beloved icon he is today. He is a video-game sensation, appearing across all genres--from action-platformers to sports, kart racing, and beyond.

Since their North American debut in 1987, The Legend of Zelda games have earned a well-deserved reputation, having captured the hearts and imaginations of their players. The art design and mood differs greatly from title to title, but they unite to tell the story of the protagonist, Link, as he battles against all obstacles to prevent evil from consuming the land.

The Splatoon and Splatoon 2 games are colorful and chaotic. Splatter enemies and claim your turf as ink-spewing, squid-like characters called Inklings--the coolest kids you're likely to meet--change from humanoid to squid and back again as you make your way across the battlefield at top speed. Step into the ultra-fashionable shoes of an Inkling and blast your way to turf-war victory with ink and attitude.

Established in July 2013 in a merger between Penguin and Random House, Penguin Random House, with nearly 250 independent imprints and brands on five continents, more than 15,000 new titles published each year, and close to 800 million print, audio, and eBooks sold annually, is the world’s leading trade book publisher. Like its predecessor companies, Penguin Random House is committed to publishing adult and children’s fiction and nonfiction print editions and is a pioneer in digital publishing. Its publishing lists include more than 60 Nobel Prize laureates and hundreds of the world’s most widely read authors.