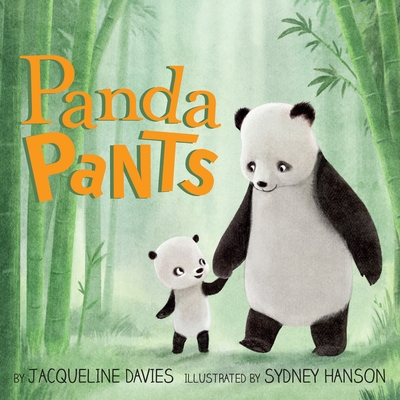 With spot-on humor, a spare text, and adorable panda bear characters, this is a fun and familiar exchange between a parent and child that fans of I DON'T WANT TO BE A FROG! will easily relate to!

I want pants, says a little panda to his father.
You are a panda, answers the father. Pandas do NOT wear pants.

And so begins a hilarious battle of wills when a young panda tries to convince his father why pants make perfect sense. After all, pants are soft. Pants keep you warm. Some pants even have . . . POCKETS! But with a menacing snow leopard lurking in the background, will the longed-for pants end up having an even greater role to play?

Jacqueline Davies’s humorous story, with deliciously droll illustrations from Sydney Hanson, captures the push and pull between a parent and child as they face off over the age-old dilemma of what to wear . . . with the most heartwarming of results.

Jacqueline Davies is the author of numerous beloved books for children, including the highly acclaimed books in the Lemonade War series. She also writes picture books, such as Tricking the Tallyman and The Boy Who Drew Birds: A Story of John James Audubon. Jacqueline lives in Needham, Massachusetts, with her family. Visit her at jacquelinedavies.net.

Sydney Hanson was raised in Minnesota alongside numerous pets, and her illustrations and paintings still reflect a love for animals and the natural world. In addition to her book illustrations, Sydney is an experienced 2-D and 3-D production artist who has worked for several animation companies, including Nickelodeon and Disney Interactive. She lives in Los Angeles.