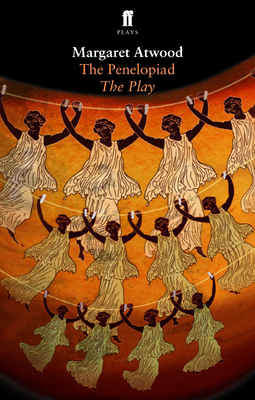 Margaret Atwood's acclaimed stage adaptation of Homer. As portrayed in Homer's Odyssey, Penelope - wife of Odysseus and cousin of the beautiful Helen of Troy - has become a symbol of wifely duty and devotion, enduring twenty years of waiting when her husband goes to fight in the Trojan War. As she fends off the attentions of a hundred greedy suitors, travelling minstrels regale her with news of Odysseus' epic adventures around the Mediterranean - slaying monsters and grappling with amorous goddesses. When Odysseus finally comes home, he kills her suitors and then, in an act that served as little more than a footnote in Homer's original story, inexplicably hangs Penelope's twelve maids. Now, Penelope and her chorus of wronged maids tell their side of the story in a new stage version by Margaret Atwood, adapted from her own wry, witty and wise novel. The Penelopiad premiered with the Royal Shakespeare Company in association with Canada's National Arts Centre at the Swan Theatre, Stratford-upon-Avon, in July 2007.