The Secrets of the Immortal Nicholas Flamel: The Lost Stories Collection (Paperback) 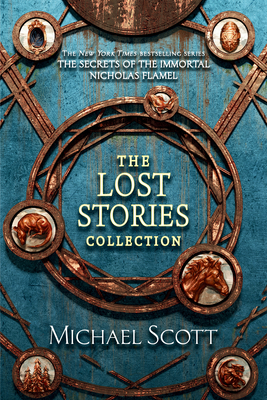 Nicholas Flamel appeared in J. K. Rowling's Harry Potter series—but did you know he really lived? You can learn his secrets in the bestselling Secrets of the Immortal Nicholas Flamel series, and discover the Lost Stories—tales of myth, legend, and magic, previously lost to history and now in a new paperback edition!

An authority on mythology and folklore, Michael Scott is one of Ireland's most successful authors. A master of fantasy, science fiction, horror, and folklore, he was hailed by the Irish Times as "the King of Fantasy in these isles." Look for the six books in his New York Times bestselling The Secrets of the Immortal Nicholas Flamel series: book one, The Alchemyst; book two, The Magician; book three, The Sorceress; book four, The Necromancer; book five, The Warlock; and book six, The Enchantress. You can visit Michael Scott at dillonscott.com and follow him on Facebook and Twitter.