Finally, Something Mysterious (The One and Onlys #1) (Paperback) 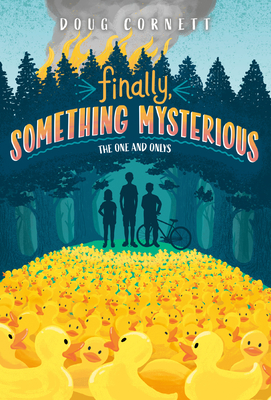 Doug Cornett received his MFA from Portland State University and in 2016 was awarded first prize for the William Van Dyke Short Story Contest from Ruminate Magazine. Finally, Something Mysterious was his first novel and he is also the author of Finally, Something Dangerous. He lives in Cleveland, Ohio, with his family. Follow him on Twitter at @MrDougCornett.