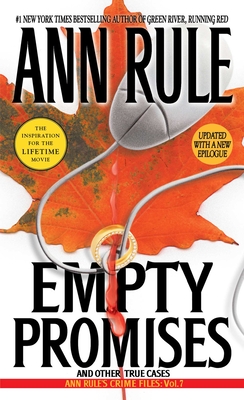 MORE THAN 20 MILLION COPIES OFANN RULE'S BOOKS IN PRINT!
In this unnerving collection drawn from her personal crime files, "America's best true-crime writer" (Kirkus Reviews) Ann Rule brilliantly dissects the convoluted love affairs that all too often end in violence.
Expertly analyzing a shocking, headline-making case, Rule unmasks the deadly motives inside a seemingly idyllic marriage: a beautiful young wife, a rising star in America's top-ranked computer corporation, and a prosperous husband, the scion of a family building business. With an adorable son and a gorgeous home, the couple seemed to have it all. But a furtive evil permeated their days and nights, dragging them into a murky world of drugs, sordid sex, and con operations. In this realm, one of them would prove to be a virtual innocent, the other a manipulator with no conscience. Sudden, violent death brought their charade of a fairy-tale romance to a tragic end -- with a brutal crime that might never have come to light were it not for the stubborn detectives and prosecutors whose fight for justice spanned an entire decade.
Empty Promises recounts several other cases where the search for love brought only lies and betrayal -- a cautionary primer, perhaps, for those who trust too much too soon. Powerful because they strike so close to home, the cases in Empty Promises will leave readers shaken by the realities of love gone terribly -- and fatally -- wrong.