The Other Wife (Joseph O'Loughlin) (Paperback) 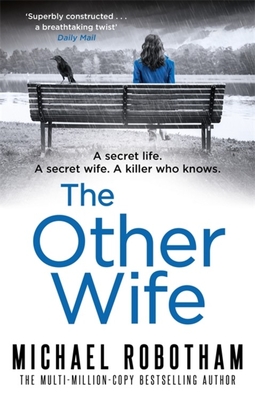 Childhood sweethearts William and Mary have been married for sixty years. William is a celebrated surgeon, Mary a devoted wife. Both have a strong sense of right and wrong. This is what their son, Joe O'Loughlin, has always believed. But when Joe is summoned to the hospital with news that his father has been brutally attacked, his world is turned upside down. Who is the strange woman crying at William's bedside, covered in his blood - a friend, a mistress, a fantasist or a killer? Against the advice of the police, Joe launches his own investigation. As he learns more, he discovers sides to his father he never knew - and is forcibly reminded that the truth comes at a price.A mesmerising psychological thriller from one of the greatest crime writers of today, Michael Robotham, the internationally bestselling author of THE SECRETS SHE KEEPS.Praise for Michael Robotham's writing: 'Will have you turning the pages compulsively' The Times 'Robotham doesn't just make me scared for his characters, he makes my heart ache for them' Linwood Barclay 'Superbly exciting ... a terrific read' Guardian 'A nerve-shredding thriller with the heart and soul so often missing from lesser crime and suspense novels. I couldn't stop reading, yet I didn't want Audie's story to end. Robotham is an absolute master' Stephen King on Life or Death

Before becoming a novelist, Michael Robotham was an investigative journalist working across America, Australia and Britain. As a journalist and writer he has investigated notorious cases such as the serial killer couple Fred and Rosemary West. He has worked with clinical and forensic psychologists as they helped police investigate complex, psychologically driven crimes.

Michael's 2004 debut thriller, The Suspect, sold more than 1 million copies around the world. It is the first of eight novels featuring clinical psychologist Joe O'Loughlin, who faces his own increasing battle with a potentially debilitating disease. Michael has also written four standalone thrillers. In 2015 he won the UK's prestigious Crime Writers' Association Gold Dagger Award with his standalone thriller Life or Death.
He lives in Sydney.