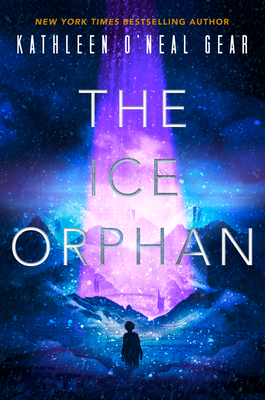 This is book number 3 in the The Rewilding Reports series.

This third book in a cli-fi series from a nationally-recognized anthropologist explores a frozen future where archaic species struggle to survive an apocalyptic ice age.

It’s been 925 summers since the Jemen introduced zyme, a bioluminescent algae, into the world’s ocean and unwittingly triggered an Ice Age that has consumed most of the planet.  All but a handful of Jemen flew to the stars, but before they left, they recreated several extinct species that had thrived in the last Ice Age. After almost a thousand summers, the archaic hominins that struggle along the edges of massive glaciers are dwindling.  All they have to save them is a dying quantum computer called Quancee and her student, a Denisovan man named Lynx.

When the last Jemen, Vice Admiral Jorgenson, tells Lynx he’s going to dismantle Quancee and use her parts to create a new computer, Lynx is stunned.  He can’t let Jorgenson kill Quancee! Meanwhile, in the lodges of the Sealion People, a sick boy on the verge of manhood hears voices. One is an old woman who sings to him.  When Jawbone goes on his first quest to find a spirit helper, the old woman finds him…

While Lynx battles to save Quancee,  the quantum computer has other priorities.  Before it dies, it has to save a special boy who cannot save himself.