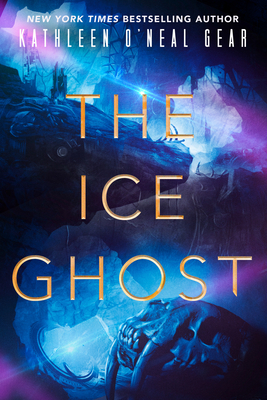 This is book number 2 in the The Rewilding Reports series.

Now in paperback, this second book in a cli-fi series from a nationally-recognized anthropologist explores a frozen future where archaic species struggle to survive an apocalyptic Ice Age

In the brutal Ice Age caused by the ancient Jemen war, many archaic human species, including Denisovans and Homo erectus, hover on the verge of extinction. There seems no way out, until the greatest Neanderthal holy man, Trogon, has a vision. Legends say the truce that ended the old war left one hostage in the hands of the victorious rebels: the godlike Jemen leader known as the Old Woman of the Mountain. According to Trogon’s vision, only one person knows the location of that burial cave. Trogon must capture young Quiller and force her to lead him there…for the Old Woman may not be dead. She may only have been in stasis for a thousand summers, and when reawakened she will save them from oblivion.

But according to the Denisovans—Quiller’s people—Trogon is the most powerful witch alive. He’s up to something evil that will surely spell their destruction. He must be stopped before it’s too late.

Quiller’s best friend Lynx must brave towering glaciers, dire wolves, and prides of giant lions in the hope of saving her and stopping Trogon.