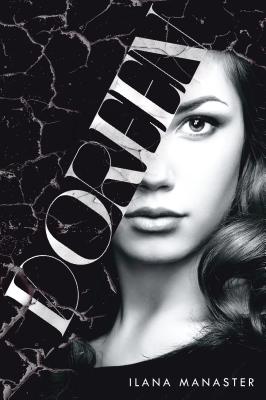 By Ilana Manaster
$18.98
Not Available

If Doreen Gray were to take a selfie upon her arrival at the elite Chandler Academy, it would capture a face marked with acne, a head full of frizz, and eyes looking anywhere but at the lens.

What Chandler queen bee Heidi Whelan sees is a desperate hunger for acceptance and the makings of a willing and useful protÃ©. Heidi's roommate, Biz Gibbons-Brown, works her Photoshop magic to create a stunning profile pic of Doreen -- a glossy, digital makeover that Doreen initially rejects . . . only to wake up the next morning transformed as the girl in the picture.

But Doreen quickly becomes accustomed to her newfound power and lives without considering consequences of her actions. Only the picture knows the truth, and she will do anything to protect her secret.

In this sharp, scandal-filled retelling of Oscar Wilde's The Picture of Dorian Gray, the men of nineteenth-century London become three girls of twenty-first-century New England.

Ilana Manaster has an MFA in fiction and translation from Columbia University. She volunteered as a mentor to young writers through Girls Write Now and has performed her own writing in a one-woman show in the Fringe Festival as a stand-up comedian. Doreen is her debut novel. Ilana currently lives in Barcelona, Spain.

“Sex, lies, and secrets are the hallmarks of Manaster's debut…Filled with vivid imagery and characters readers will love to hate, the story takes on a haunting, sinister tone early on, maintaining it through the descent into madness.”
–Publishers Weekly

“The striking black-and-white cover photo evokes Vogue magazine, with a stylish gothic feel that will draw readers, while the chatty, catty tone and breathless pace will keep them turning the pages.”
–Booklist