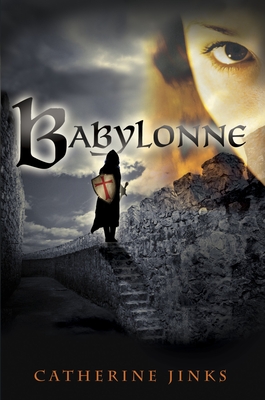 By Catherine Jinks
$21.27
Not Available

Exotic and exciting, this unflinching coming-of-age tale featuring a headstrong heroine weaves a vivid tapestry of life in the Middle Ages.

Early thirteenth-century Languedoc is a place of valor, violence, and persecution. At age sixteen, Babylonne has survived six bloody sieges. She's tough, resourceful, and — now that her strict aunt and abusive grandmother intend to marry her off to a senile old man — desperate. Disguised as a boy, Babylonne embarks on an action-packed adventure that amounts to a choice: trust the mysterious Catholic priest — a sworn enemy to her Cathar faith — who says he's a friend of her dead father, Pagan. Or pursue a fairy-tale version of her future, one in which she'll fight and likely die in a vicious war with the French. Though Babylonne never knew her irreverent father, fans of Catherine Jinks's novels about Pagan Kidrouk will be sure to see the resemblance in his feisty daughter.

Catherine Jinks is a medieval scholar and the author of many novels for young adults, including four books featuring Pagan, Babylonne's father, in a Crusades-era series that Kirkus Reviews called "a high-water mark in historical fiction." She lives in Australia.

"Jinks is a consummate and seamless storyteller. . . . The quality and pace of her writing is flawless." — SYDNEY MORNING HERALD — Sydney Morning Herald