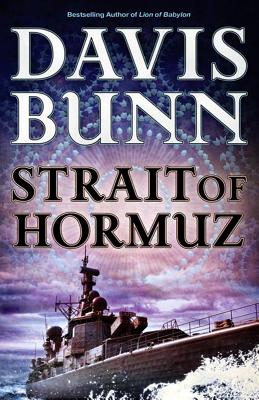 Praise for the Marc Royce Adventures

"A precise and intricate tale of cross-cultural friendship and loyalty."--Publishers Weekly on Lion of Babylon

"Thorough characterizations, a fast pace, and attention to detail make this a sure bet."--Library Journal on Rare Earth

An under-the-radar phone call from the U.S. State Department puts Marc Royce once again on assignment--ferreting out rumors of a clandestine operation stretching from Asia to the Mideast. At stake is Iran's threat to blockade the narrow Strait of Hormuz, cutting off vital shipping routes and escalating global tensions beyond the breaking point.

Under the guise of investigating money laundering via high-end art purchases in Europe, Royce finds himself in Switzerland with only sketchy information, no backup, and without a single weapon other than his wits.

His appointment with a gallery owner in Geneva is a dead end--the man is on the floor with a bullet through his chest. But it turns out Royce does have backup. The Mossad has sent someone to keep an eye on this undercover op, which is of more than casual interest to the Israelis. And it's someone Royce knows...

A small team gathers around Royce--
a single objective against multiple enemies.

Davis Bunn is the award-winning author of numerous national bestsellers with sales totaling more than seven million copies. His work has been published in sixteen languages, and his critical acclaim includes three Christy Awards for excellence in fiction. Formerly a business executive working in Europe, Africa, and the Middle East, Bunn is now a lecturer in creative writing and Writer in Residence at Regent's Park College, Oxford University. He and his wife, Isabella, divide their time between the English countryside and the coast of Florida.