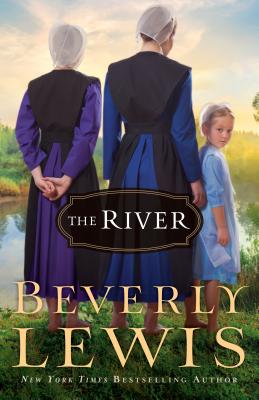 She looked once more at the dreaded river. Since Anna's death, it had been such a barrier . . . a place and a moment she could not seem to move past.

A line I can't move beyond...
The River Tilly and Ruth, two formerly Amish sisters, are plagued by unresolved relationships when they reluctantly return to Lancaster County for their parents' landmark wedding anniversary. Since departing their Plain upbringing, Tilly has married an Englisher, but Ruth remains single and hasn't entirely forgotten her failed courtship with her Amish beau. Past meets present as Tilly and Ruth yearn for acceptance and redemption. Can they face the future in the light of a past they can't undo?

Beverly Lewis, born in the heart of Pennsylvania Dutch country, has more than 17 million books in print. Her stories have been published in eleven languages and have regularly appeared on numerous bestseller lists, including the New York Times and USA Today. Beverly and her husband, David, live in Colorado, where they enjoy hiking, biking, making music, and spending time with their family. Learn more at www.beverlylewis.com.