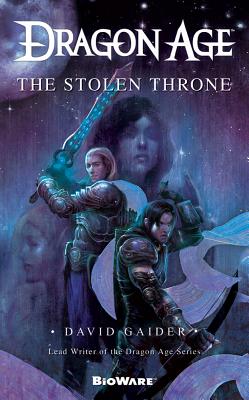 After his mother, the beloved Rebel Queen, is betrayed and murdered by her own faithless lords, young Maric becomes the leader of a rebel army attempting to free his nation from the control of a foreign tyrant.

His countrymen live in fear; his commanders consider him untested; and his only allies are Loghain, a brash young outlaw who saved his life, and Rowan, the beautiful warrior maiden promised to him since birth. Surrounded by spies and traitors, Maric must find a way to not only survive but achieve his ultimate destiny: Ferelden's freedom and the return of his line to the stolen throne.

David Gaider lives in Edmonton, Alberta, and works for video game developer BioWare. He is the lead writer on the Dragon Age: Origins role-playing game and has also worked on such titles as Baldur’s Gate 2: Shadows of Amn™, Star Wars ®: Knights of the Old Republic ™, and Neverwinter Nights ™.