The Art of Deception (Hardcover) 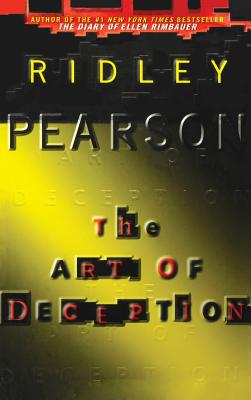 Seattle police psychologist Daphne Mathews has her hands full with a pregnant, addicted, runaway teenager, a murder victim's brother whose strange behavior unnerves her, and a deputy sheriff she once treated who's now stalking her. She's frightened enough to move in with Detective John LaMoia, a development that doesn't exactly thrill Lou Boldt, their boss and Daphne'sex-lover. But Lou's too busy with his own cases to brood over John and Daphne: the recent disappearances of two local women, and the death of Billy Chen, the nephew of Mama Lu, an old friend and a powerful figure in Seattle's Chinese community, which appeared to be an accident but turns out to have been murder. The only thing the disappearances and murder have in common is location; all three victims were last seen in a part of downtown built over the Underground, a dark and dangerous warren of buildings abandoned after the fire that leveled Seattle more than a hundred years ago.

While Seattle's Underground has been the setting for several mysteries by other authors (Earl Emerson, J.A. Jance), Pearson makes the most of its creepy-crawly atmosphere in a gripping thriller whose solid plotting pulls all of Daphne's, LaMoia's, and Boldt's cases together. It also wisely reconfigures the personal relationships among the three central characters, which bodes well for their future adventures in this long-running series (Middle ofNowhere, The Pied Piper). --Jane Adams