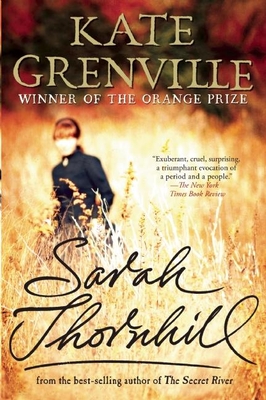 "A wrenching conclusion to a tough-hearted trilogy . . . Exuberant, cruel, surprising, a triumphant evocation of a period and a people filled with both courage and ugliness."--The New York Times Book Review When The Secret River--a novel about frontier violence in early Australia--appeared in 2005, it became an instant best seller and garnered publicity for its unflinching look at Australia's notorious history. It has since been published all over the world and translated into twenty languages. Grenville's next novel, The Lieutenant, continued her exploration of Australia's first settlement and again, caused controversy for its bold view of her homeland's beginnings. Sarah Thornhill brings this acclaimed trilogy to an emotionally explosive conclusion. Sarah is the youngest daughter of William Thornhill, the pioneer at the center of The Secret River. Unknown to Sarah, her father--an ex-convict from London--has built his fortune on the blood of Aboriginal people. With a fine stone house and plenty of money, Thornhill is a man who has reinvented himself. As he tells his daughter, he "never looks back," and Sarah grows up learning not to ask about the past. Instead, her eyes are on handsome Jack Langland, whom she's loved since she was a child. Their romance seems idyllic, but the ugly secret in Sarah's family is poised to ambush them both. As she did with The Secret River, Grenville once again digs into her own family history to tell a story about the past that still resonates today. Driven by the captivating voice of the illiterate Sarah--at once headstrong, sympathetic, curious, and refreshingly honest--this is an unforgettable portrait of a passionate woman caught up in a historical moment that's left an indelible mark on the present.

Kate Grenville's works of fiction include The Secret River, winner of the Commonwealth Writers' Prize for Best Book and short listed for the Man Booker Prize, and The Idea of Perfection, winner of the Orange Prize for Fiction. She lives in Sydney. Visit her website at kategrenville.com