Booked for Murder and Hostage to Murder: Lindsay Gordon Mysteries #5 and #6 (Paperback) 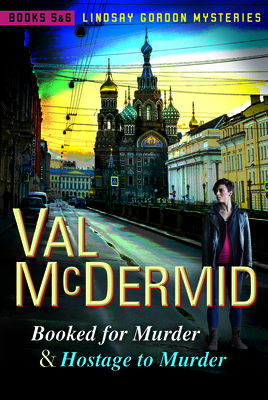 The Lindsay Gordon novels are the series that set internationally bestselling writer Val McDermid on the path to becoming the world-class crime writer she is today, collected into three volumes and now available as Grove Press paperbacks for the first time. In Report for Murder, we meet self-proclaimed "cynical socialist lesbian feminist journalist" Lindsay Gordon--McDermid's pioneering character--as she investigates the vicious murder of the headliner at a fundraising gala who is found garroted with her own cello strings. These books take Lindsay from a murder at a women's protest for which Lindsay's former lover is the chief suspect; to the death of a union boss for which Lindsay must prove her innocence; with stops along the way in the buzzy journalism world and the seething rivalries of London publishing; and all the way to St. Petersburg to retrieve the kidnapped son of a local car dealer. Longtime fans will be delighted to see the Lindsay Gordon series back in print, and for readers who have never encountered McDermid before, these books are a thrilling introduction to "Britain's Queen of Crime" (Times, UK).

Val McDermid's best-selling novels have won the Los Angeles Times Book of the Year and the CWA Gold Dagger and Cartier Diamond Dagger Awards. She is also a multiple finalist for the Edgar Award, including for Edgar Nominee for Fact Crime Forensics, which won the Anthony Award for non-fiction. She lives in Scotland.