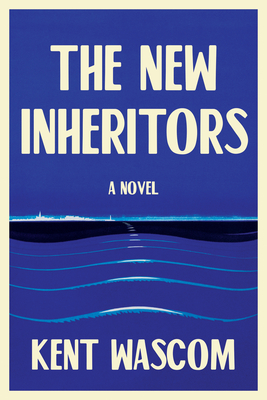 Kent Wascom is one of the most exciting and ambitious emerging voices in American fiction. Envisaging a quartet of books telling the story of America through a single family and region, the Gulf Coast of the United States, Wascom began with his much-lauded debut, The Blood of Heaven, published when he was just twenty-six and praised as "stunning" by the Miami Herald, and "like the sermon of a revivalist preacher" by the Wall Street Journal. His second novel, Secessia, continues the story of the Woolsack family in Civil War New Orleans, and in The New Inheritors, he has written his most powerful and poignant novel yet. In 1914, with the world on the brink of war, Isaac, a nature-loving artist whose past is mysterious to all, including himself, meets Kemper, a defiant heiress caught in the rivalry between her brothers. Kemper's older brother Angel is hiding a terrible secret about his sexuality, and her younger brother Red possesses a capacity for violence that frightens even the members of his own brutal family. Together Isaac and Kemper build a refuge on their beloved, wild, Gulf Coast. But their paradise is short-lived; as the coast is rocked by the storms of summer, the country is gripped by the furor preceding World War I, and the Woolsack family's rivalries come to a bloody head. From the breathtaking beauty of the Gulf to the bloody havoc wreaked by the United States in Latin America, The New Inheritors explores the beauty and burden of what is handed down to us all. At once a love story and a family drama, a novel of nature and a novel of war, The New Inheritors traces a family whose life is intimately tied to the Gulf, that most disputed, threatened, and haunted part of this country we call America.

Kent Wascom's first novel, The Blood of Heaven, was named a best book of the year by the Washington Post and NPR. It was shortlisted for the David J. Langum Sr. Prize for Historical Fiction and longlisted for the Flaherty-Dunnan Award for First Fiction. Wascom was awarded the 2012 Tennessee Williams/New Orleans Literary Festival Prize for Fiction. He lives in Louisiana.