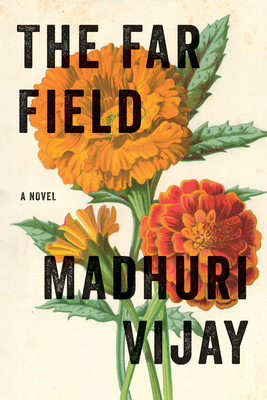 Set in India and Kashmir, this story is narrated by Shalini who is recounting events in her childhood that followed her into her adulthood. With her mother’s passing, Shalini is left with unanswered questions about a traveling salesman that used to visit with Shalini and her mother when her father was at work. She heads to Kashmir to find the salesman and get answers to her questions and she is able to do this because her family is privileged. Kashmir is full of political unrest and she ends up staying for quite a while with the salesman’s family. Shalini entangles herself with some locals in the village, with the family of the salesman, all the while not fully comprehending the effect her actions have on those same villagers and people. As Shalini tells her story, you learn of the Indian/Kashmir conflict and how it affects the people who are far away from the tech hub cities in India and makes you think about the power of privilege. -Cathy, Atlanta

“Few seasoned novelists — let alone a first-time novelist like Madhuri Vijay — are able to construct scene after scene with compelling interior drama, tension, and forward momentum, but you’ll never want to stop reading as Vijay skillfully combines a personal journey and family mystery with a political examination of the Kashmiri-Indian troubles. Shalini, the narrator of this extraordinary work, has a mother who immediately belongs on any shortlist of literature’s great characters. If I read a better novel in 2019, then 2019 will become my favorite year of the 21st century.”
— Brian Lampkin, Scuppernong Books, Greensboro, NC

“The Far Field by Madhuri Vijay is stunning! Shalini, a young woman from Bangalore, is searching for a man from her childhood among the remote Himalayan villages of Kashmir in the hope of learning about her layered and enigmatic mother. Her journey forces her to go face-to-face with the region’s politics while contending with the matters of her heart. Madhuri Vijay’s writing is so evocative and aromatic, I could smell perfume and plumes of smoke in her sentences. I absolutely loved it!”
— Thu Doan, Brazos Bookstore, Houston, TX

WINNER OF THE 2019 JCB PRIZE FOR LITERATURE "The Far Field is remarkable, a novel at once politically timely and morally timeless. Madhuri Vijay traces the fault lines of history, love, and obligation running through a fractured family and country. Few novels generate enough power to transform their characters, fewer still their readers. The Far Field does both."--Anthony Marra, author of The Tzar of Love and Techno Gorgeously tactile and sweeping in historical and socio-political scope, Pushcart Prize-winner Madhuri Vijay's The Far Field follows a complicated flaneuse across the Indian subcontinent as she reckons with her past, her desires, and the tumultuous present. In the wake of her mother's death, Shalini, a privileged and restless young woman from Bangalore, sets out for a remote Himalayan village in the troubled northern region of Kashmir. Certain that the loss of her mother is somehow connected to the decade-old disappearance of Bashir Ahmed, a charming Kashmiri salesman who frequented her childhood home, she is determined to confront him. But upon her arrival, Shalini is brought face to face with Kashmir's politics, as well as the tangled history of the local family that takes her in. And when life in the village turns volatile and old hatreds threaten to erupt into violence, Shalini finds herself forced to make a series of choices that could hold dangerous repercussions for the very people she has come to love. With rare acumen and evocative prose, in The Far Field Madhuri Vijay masterfully examines Indian politics, class prejudice, and sexuality through the lens of an outsider, offering a profound meditation on grief, guilt, and the limits of compassion.