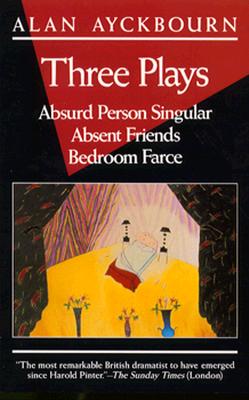 A scathing comedy of social striving in the suburbs, Absurd Person Singular follows the fortunes of three couples who turn up in each other's kitchens on three successive Christmases, to hilarious and devastating effect.

In Absent Friends, Diana and Paul host a tea party for Colin, recently returned to England after the tragic drowning of his fianc"e. But Colin proves impervious to their awkward attempts to console him as he unwittingly touches every raw nerve in the troubled lives of his old friends.

The action of Bedroom Farce unfolds simultaneously--and uproariously--in the onstage bedrooms of three couples all in some way connected to an utterly self-absorbed fourth couple who heedlessly intrude on their friends' privacy, leaving chaos in their wake.