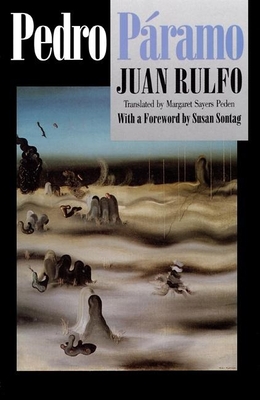 A masterpiece of the surreal, this stunning novel from Mexico depicts a man's strange quest for his heritage. Beseeched by his dying mother to locate his father, Pedro P ramo, whom they fled from years ago, Juan Preciado sets out for Comala. Comala is a town alive with whispers and shadows--a place seemingly populated only by memory and hallucinations. Built on the tyranny of the P ramo family, its barren and broken-down streets echo the voices of tormented spirits sharing the secrets of the past.

A powerful fascination . . . vivid and haunting; the style is a triumph. New York Herald Tribune

When Susan Sontag, in her foreword to this book, calls Pedro Pramo one of the masterpieces of 20th-century world literature, she is not being hyperbolic. With its dense interweaving of time, its routine interaction of the living and the dead, its surreal sense of the everyday, and with simultaneousand harmoniouscoexistence of apparently incompatible realities, this brief novel by the Mexican writer Juan Rulfo strides through unexplored territory with a sure and determined step. . . . Having it now in all its depth and texture is a major event for which the publisher and the translator, Margaret Sayers Peden, deserve thanks. James Polk, New York Times Book Review

No reader interested in the vitality of 20th century Latin American fiction can afford to miss this work. Rockwell Gray, Chicago Tribune

As close to perfect as a piece of writing gets. Sheila Farr, Seattle Weekly

A modern classic. . . . Pedens lucid translation does justice to a tale that is firmly rooted in its own culture yet so fundamentally human in its focus that it speaks across cultural borders. Publishers Weekly