Porcelain and a Language of Their Own: Two Plays (Paperback) 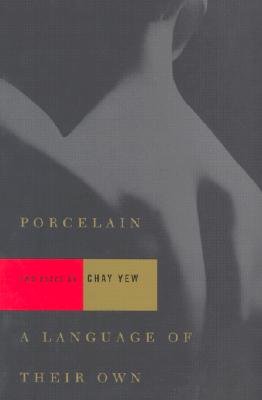 Banned in his native Singapore, Chay Yew has been hailed as "a promising new voice in American theater" by Time magazine. With these two powerful, provocative plays, Yew first brought his startling and poetic voice to stages across America and abroad, exploring the battlegrounds, both internal and external, where matters of the heart conflict with barriers of race and sexuality. Porcelain is an examination of a young man's crime of passion. Triply scorned -- as an Asian, a homosexual, and now a murderer -- 19-year-old John Lee has confessed to shooting his lover in a public lavatory in London. A winner of the London Fringe Award for Best Play, Porcelain dissects the crime through a prism of conflicting voices: newscasts, flashbacks, and John's own recollections to a prison psychiatrist. A Language of Their Own is a lyrical and dramatic meditation on the nature of desire and sexuality as four men -- three Asian and one white -- come together and drift apart in a series of interconnected stories. A critical and popular success at New York's Public Theater, it won both the George and Elisabeth Marton Playwriting Award and the GLAAD Media Award for Best Play.