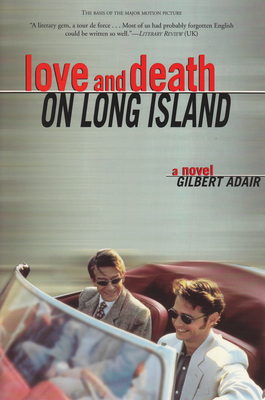 The basis for the hit independent film starring Jason Priestly and John Hurt, Love and Death on Long Island, is a brilliant, witty, and heartrending update of Death in Venice. When he wanders into the wrong theater and finds himself watching the wretched teen-pic Hotpants College II, cerebral British author Giles De'Ath becomes romantically obsessed with dreamboat Ronnie Bostock. Giles's infatuation drives him to the unthinkable: he reads American fan magazines and watches movies with titles like Tex Mex and Skid Marks. And finally, he travels to Long Island, intent on meeting Ronnie in the flesh.